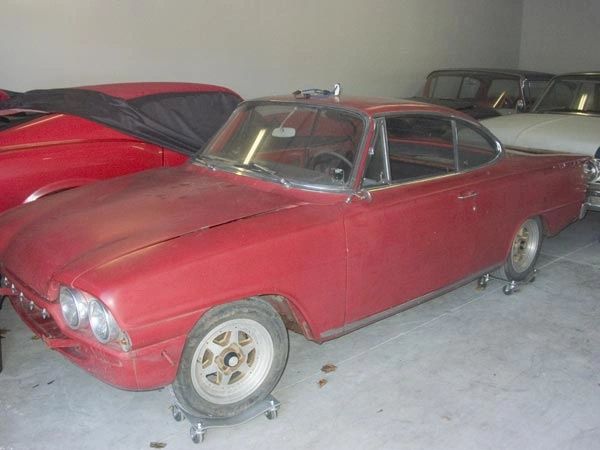 Have you ever seen one before?

These cool little cars were made in Europe and primarily found in Great Britain and Germany.  Some of them actually made it to the US and I've been told there are less than 300 over here.

I've also been told they were not a big hit in Europe at the time because their styling was too American.  You can definitely see the American influence with the rear wings on the quarter panels.  To me they look like a baby Starliner or other 60s era American cars fashioned after jet planes.

I bought this as another abandoned project about 10 years ago and haven't touched it since.  It's missing the interior and engine, but like most of my projects, I have big dreams and little time to fulfill them.

This would make a cool euro-hot rod with a Voodoo V8 and some road-race suspension.   It's about number 8 on my priority list.

FYI - the gallery below show pictures of my actual car.  Its the red one, but I included some shots of other restored models to give an idea of what they really look like.

Nothing yet, but thinking about a Ford Voodoo motor.

Custom frame with road race inspired IFS and IRS.  And of course the big brakes and wheels.

No idea on the finished product, but the current body is rock solid and rust free.

I'd scare you if I told you what I was thinking.